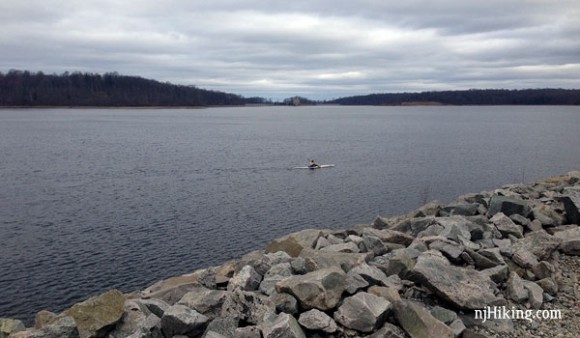 Kicking off 2016 with a chilly hike on the Perimeter and Creek trails at Merrill Creek Reservoir.

For our annual New Year’s Day hike (and post wine-and-cheesies night) we decided on Merrill Creek Reservoir. The last time we went, in 2014, there was snow on the ground.

We knew the visitor center would be closed for the holiday so we started at the boat launch (which has porta-johns) and hiked in the opposite direction than usual.

It was grey and colder than we’d expected, and was windy near the open water. Even though it was chilly, there was a lone kayaker and quite a few people out for an early morning walk.

While crossing the main dam, tons of migrating geese flew overhead in a V-pattern – wave after wave after wave of them. Neat. Later, we had about a minute of snow flurries. 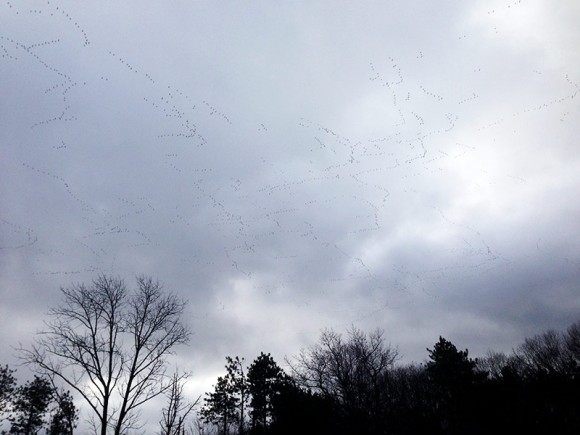 After circling the reservoir, we turned left onto the Creek (ORANGE) trail. I don’t know why we’d never bothered to wander down this short trail as it was really nice. 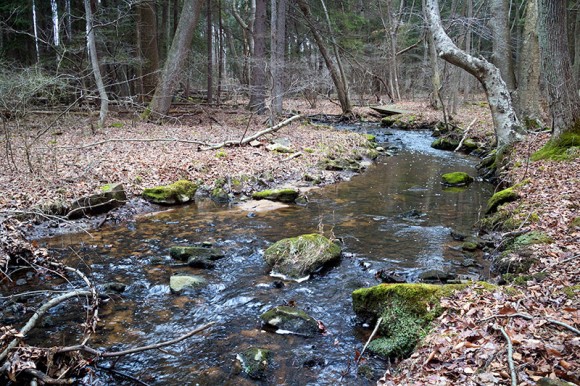 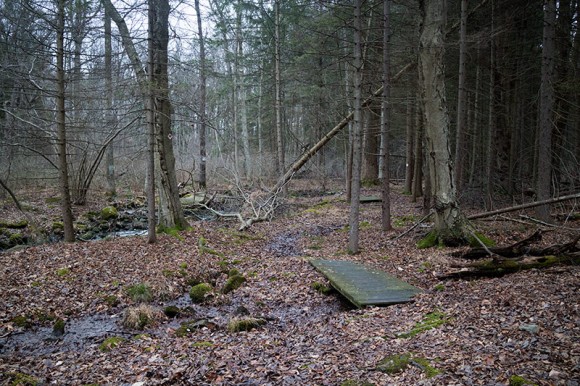 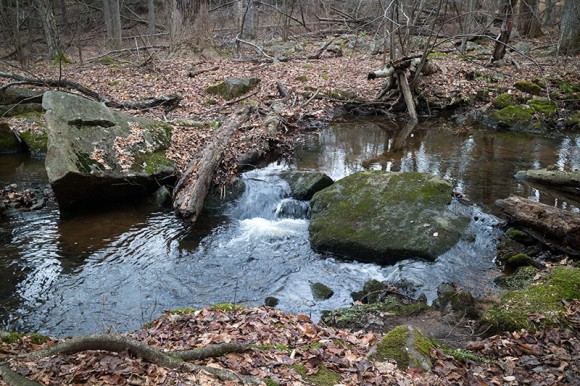 It follows Upper Merrill Creek to a footbridge and then to tiny Richline Pond – which didn’t have much water in it. There is a bench here, too. 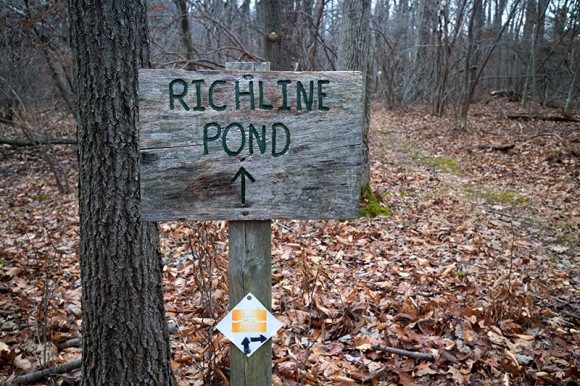 We meant to do the whole ORANGE loop but didn’t notice the turn near the trail sign and ended up going around back on our path.

Here it’s only the first day of 2016 and we’re already going in circles… not a good sign for the year to come!

This trail was less maintained than Perimeter with a few blow-downs to clamber over and was a bit muddy, but it’s certainly worthwhile tacking this on to a hike around the reservoir.

We took Perimeter/Yellow back to the parking lot because this was also a section we hadn’t done since we usually hug the reservoir the entire hike. This had some tall grasses along a wide path and a few old farm buildings. 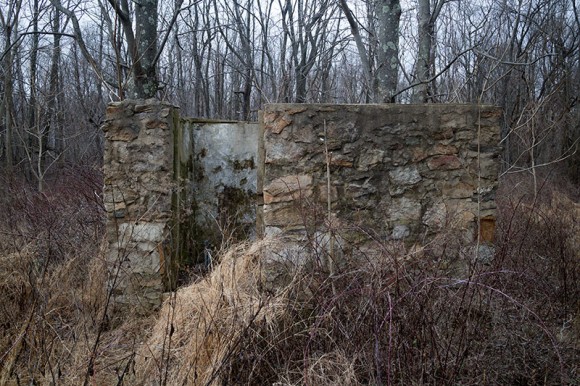 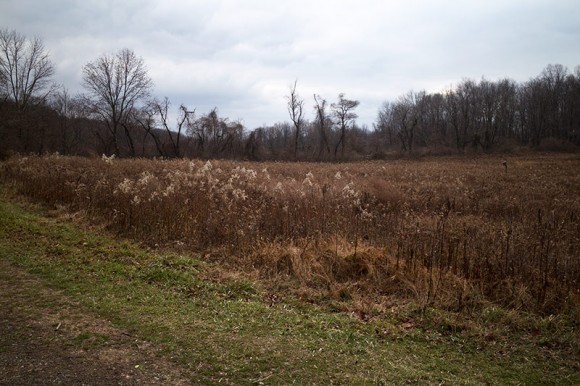 Miles: 7.0 (including a wee bit of accidental backtracking…)