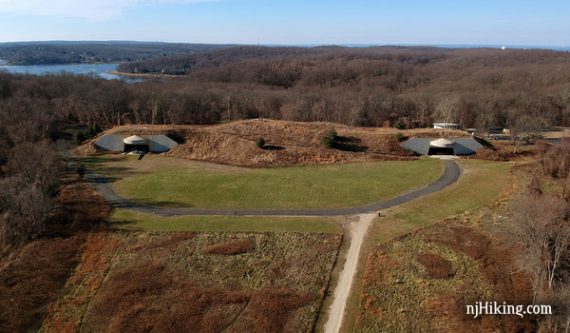 Hiking Hartshorne Woods from Buttermilk Valley to Rocky Point and checking out the new Big Gun at Battery Lewis.

I’d recently read that Hartshorne had acquired a gun barrel from the Navy to install in one of the WWII-era bunkers at Battery Lewis.

That’s just not something you see every day on a hike and it had been ages since we were over there (7 years ago yikes!)… so off we went.

We did our usual route from Buttermilk Valley to Rocky Point to the Battery then back via Cuestra Ridge. The only addition was a short side trail to a view point on Rocky Point that we’d waltzed past last time.

The weather was very mild for December and we snagged one of the last spots in the parking lot.

The majority of the park looks like this… Laurel Ridge trail… 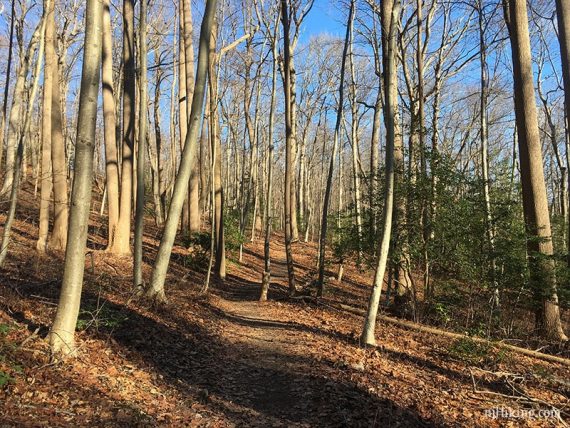 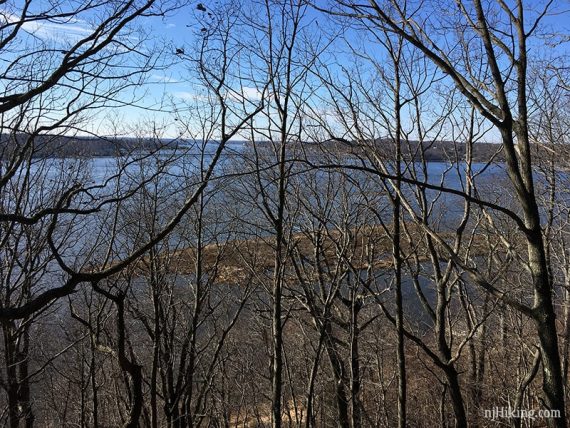 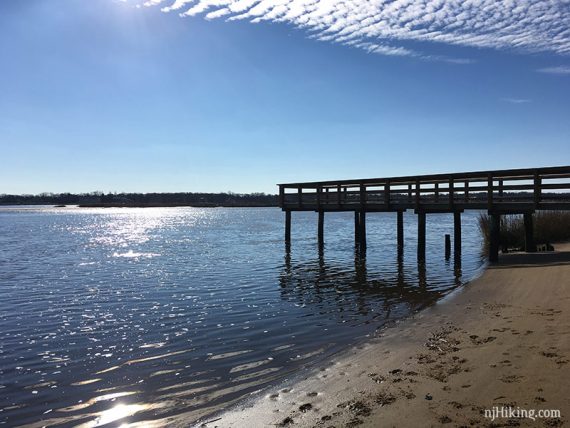 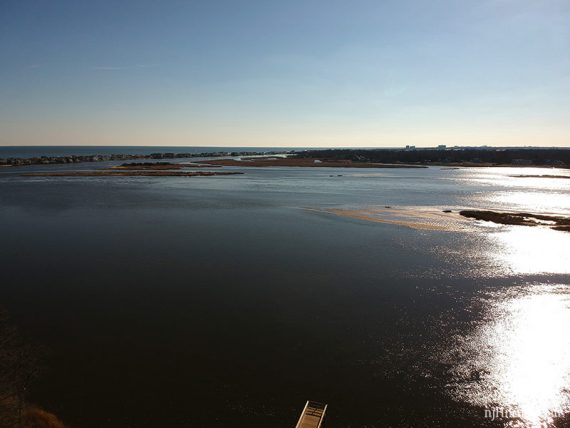 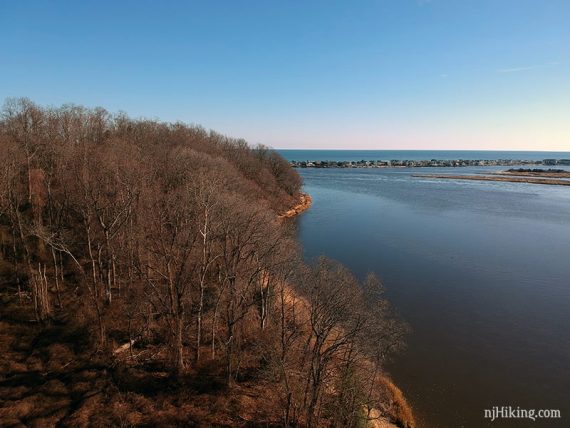 We made our way around to Battery Lewis.

This was a coastal defensive position in WWII and still has remnants of gun bunkers which were pretty neat to check out even before they added a Big Gun.

To give an idea of just how big the barrel is I used a shot with some unknown guys in it: 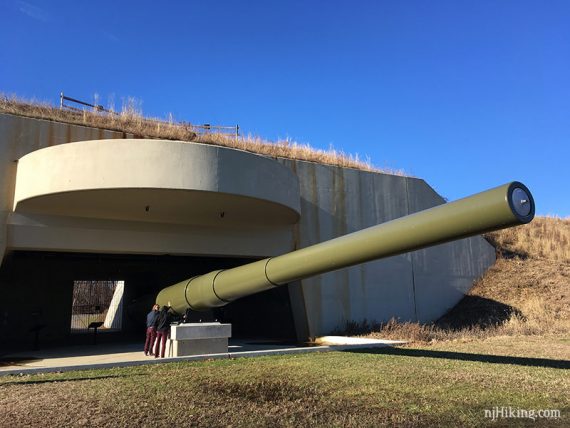 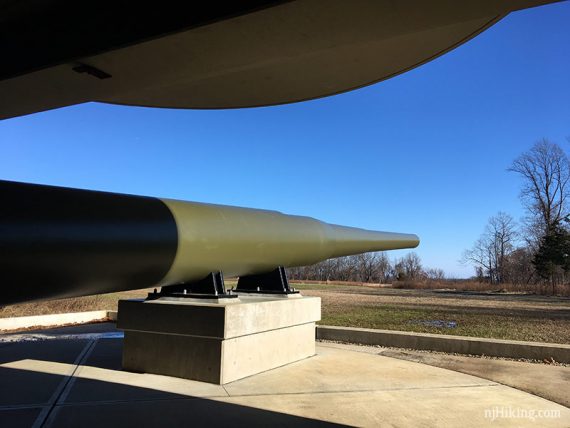 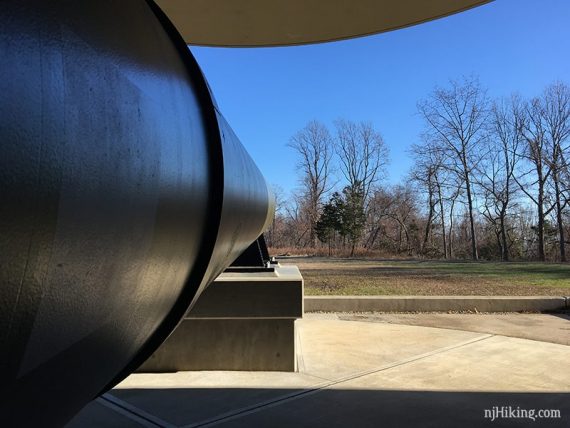 Interpretive panels explain how the area was used historically as well as describe how they acquired the gun.

The battery seen from above: 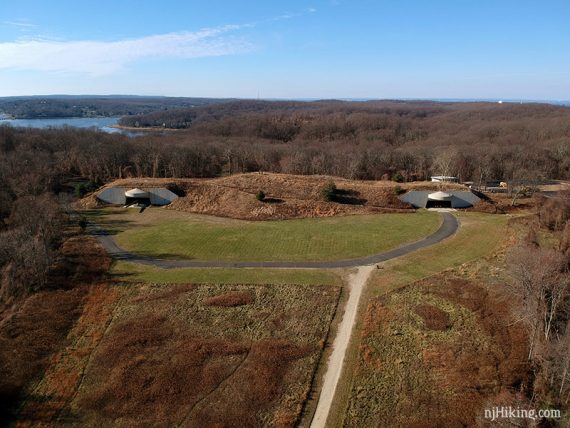 Looking out over the battery area towards the Shrewsbury River, Sea Bright, and the ocean beyond: 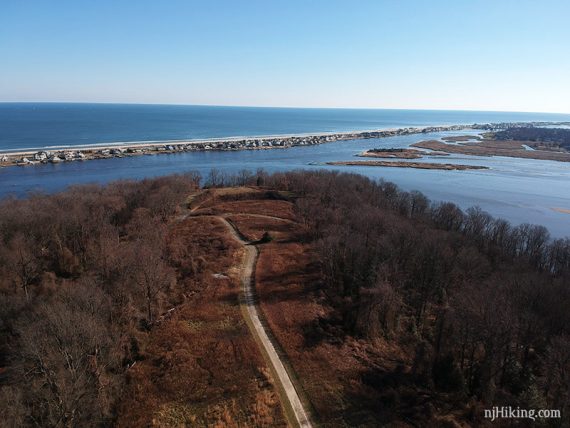 The Rocky Point parking area near the battery is being enlarged and improved. It was still under construction but I believe it’s supposed to be finished in the spring of 2019. 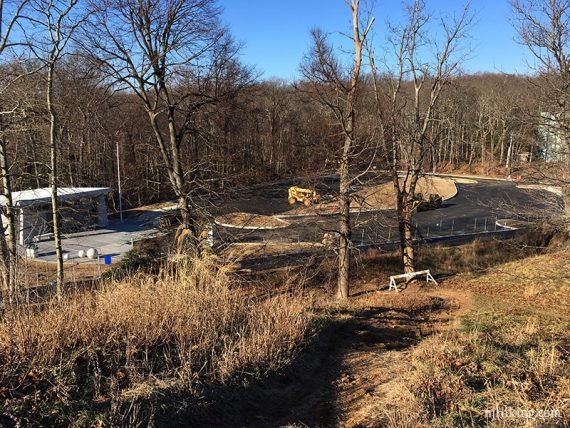 We’ve been testing some video equipment so we decided to shoot a new video since the original one was from 2011.

Post-hike: Venti caramel macchiato for Tom, venti nonfat latte w/ chestnut praline for me, both with an extra shot. Our coffee preferences seem even more absurd when you write them out…