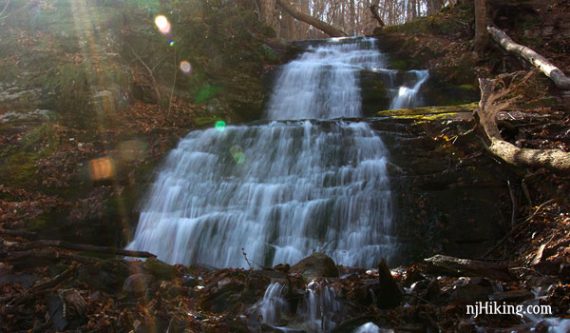 Checking out Laurel Falls, a waterfall just off of Old Mine Road, before climbing to Sunfish Pond.

Laurel Falls is just a 5-min hike from the Douglas Trail parking lot in Worthington State Forest and is a potential stop if you’re just out for a scenic drive and not looking to hike.

We hit the falls first before doing a nice loop up to Sunfish Pond using Garvey Springs, the Appalachian Trail, and the Douglas Trail. It was a little chilly in the morning but quickly warmed into the 60s with lots of sun.

For directions to the falls as well as the longer hike details, maps, GPX, and photos, visit our “Sunfish Pond – Garvey Springs and Douglas Loop” page.

Laurel Falls are on a stream that is the runoff of Sunfish Pond and, like any waterfall, the flow depends on recent rainfall and is usually best in Spring.

There are three sections to Laurel Falls. The lower section is the closest to the road and is accessed on an unmarked path near the Douglas Trail signs. 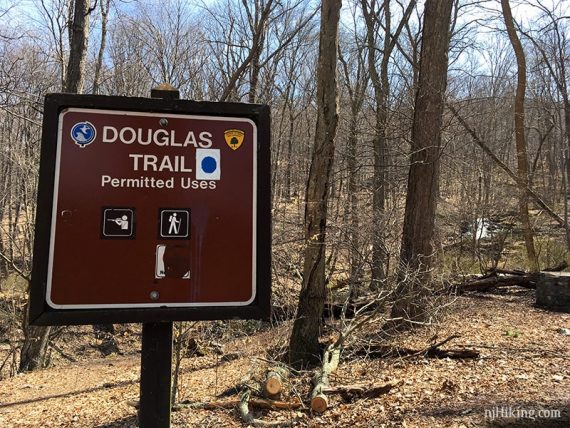 Continue climbing uphill on casual path to the upper section. There is a third cascade above that but’s it’s pretty steep up and not as impressive as the main ones and can be skipped.

The lower cascade of Laurel Falls: 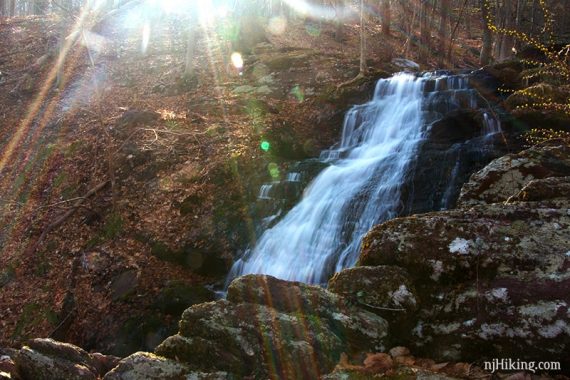 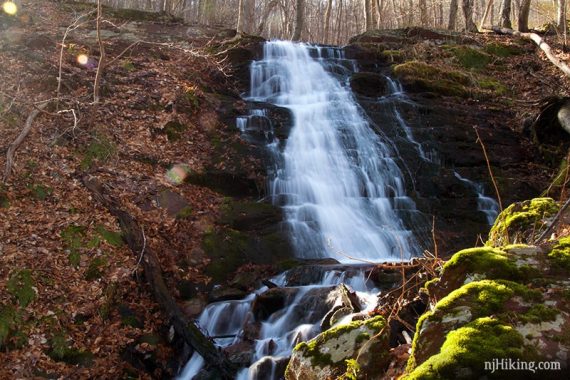 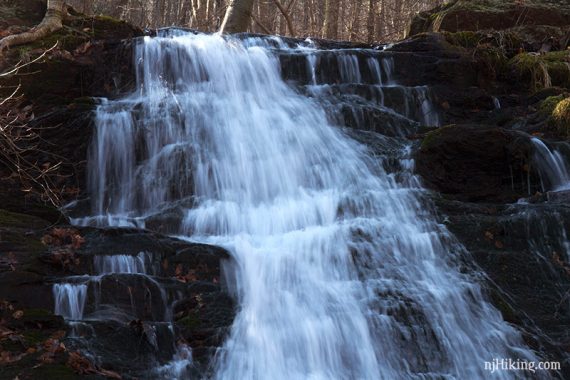 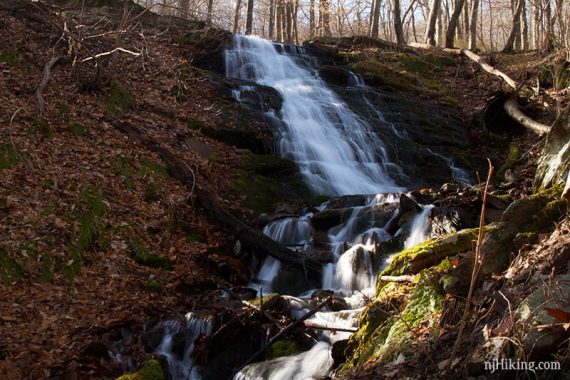 The upper cascade of Laurel Falls: 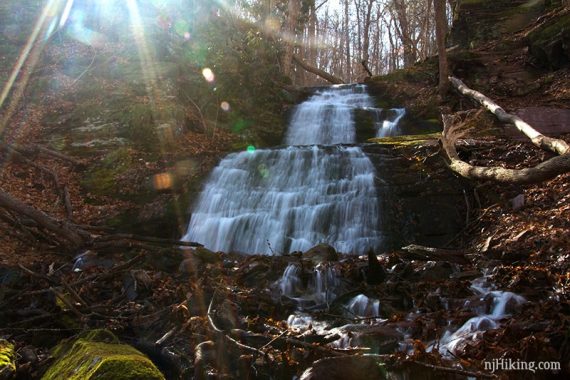 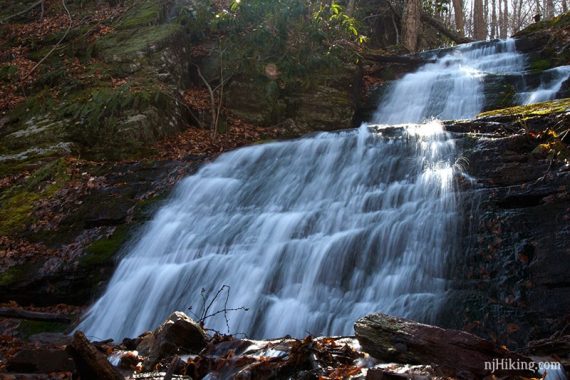 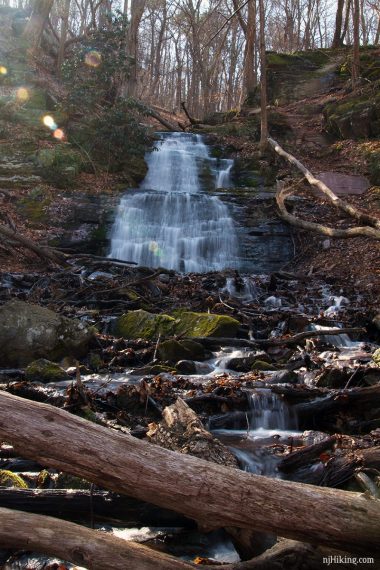 The third cascade of Laurel Falls is longer but not as tall: 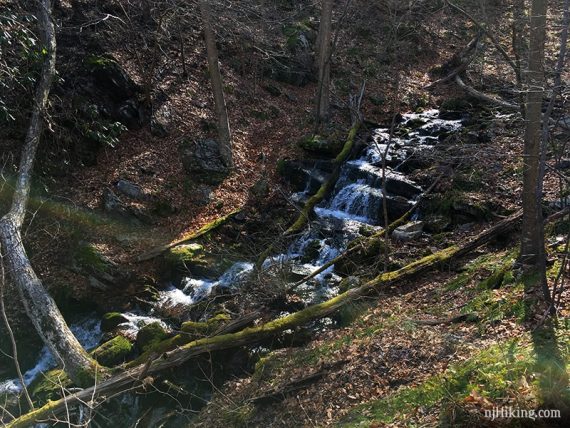 After spending some time photographing the falls, we headed uphill on the Garvey Springs Trail. This is the shortest but steepest route to Sunfish Pond. 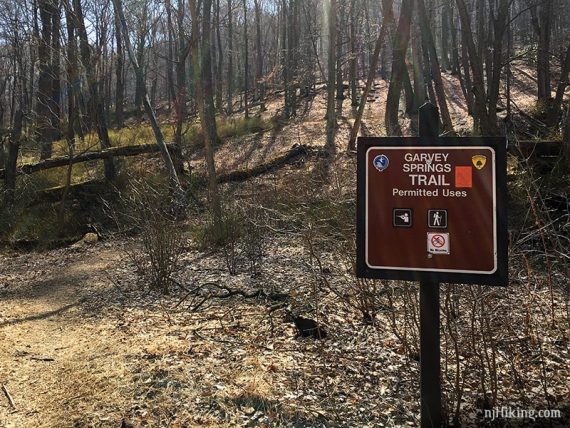 When choosing a route for this weekend, I was looking something steep but not overly long to get back into it after spending the winter mostly tooling around the flat pine barrens.

Garvey is one of our go-to trails for prepping for harder hikes because it’s steep. Normally, once at the top we pop over to say hello to our old pal Sunfish Pond and then head north on the Appalachian Trail to Raccoon Ridge or something similar.

This is when I realized we’d never actually hiked the Douglas Trail.

Whaaaaat? Not sure how we managed to overlook that all of these years.

And I don’t think we’d ever noticed Laurel Falls per se. While it can be sort of seen from Garvey, if it wasn’t flowing much or leaves were on the trees it might not be noticeable as it would just sound like a stream. Time to fix all of this.

So this time after a brief break at Sunfish, we took the ever rocky Appalachian Trail along the pond. There were stacks of rock cairns in areas along the pond last time but they were no longer standing. 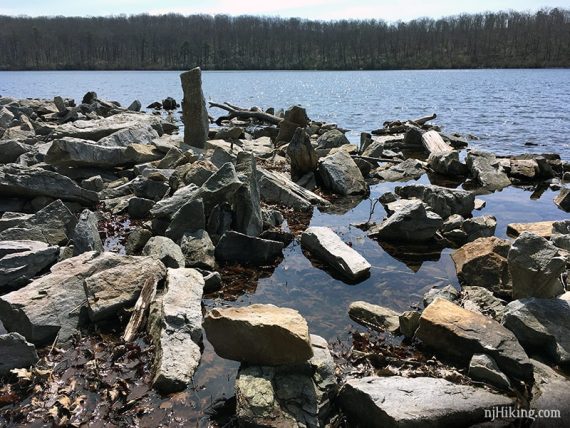 Lot of trees that had been gnawed on by busy beavers and a dam near the shore. 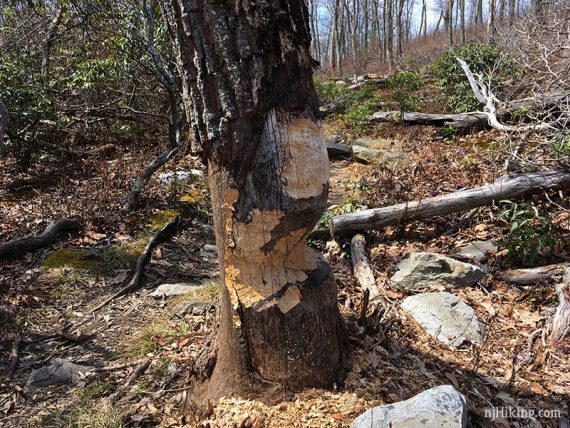 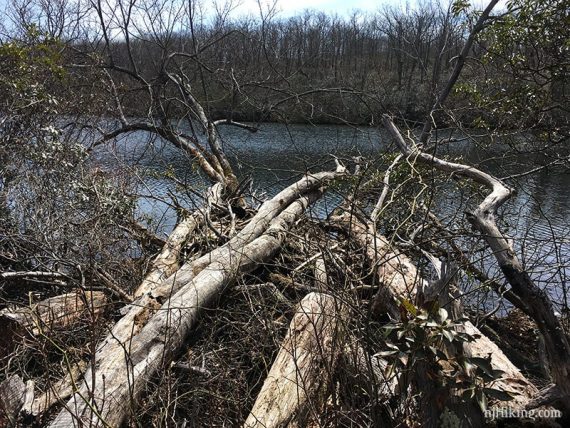 Once at the backpacker camp, we took Douglas on the way down. This has switchbacks and is less steep than Garvey Springs but is still steep.

There were many dead trees along the way as well as views across to Pennsylvania because the leaves hadn’t sprouted on trees just yet. 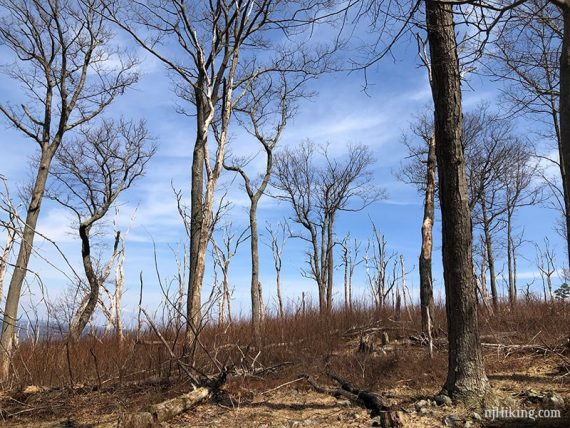 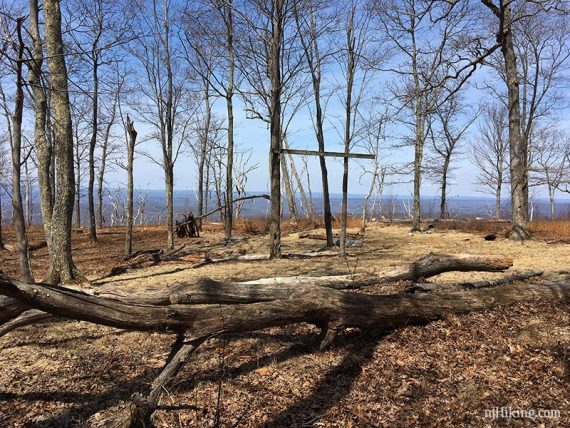 We had to pass Laurel Falls again but were happy with the morning lit photos we’d already taken so we called it a day.

For directions to the falls as well as the longer hike details, maps, GPX, and photos, visit our “Sunfish Pond – Garvey Springs and Douglas Loop” page.

Miles: 4.6 (plus meandering around the falls)

Taste Test: At Sunfish we split a Caramel Toffee with Sea Salt Clif Bar from their new “Sweet & Salty” line. Decent. It was still pretty sweet with just a hint of salt. It was also super fresh so it was soft – always a bonus.

Post-Hike: Venti iced vanilla lattes and split a chocolate chip and almond Skratch Anytime bar. These are soooo good but the chocolate got a little melty so I might have only pack them in cooler weather.